If you have read all or even just some of my books, you may have wondered, why does this author like to push boundaries?

I ask myself the same question. I worry over every book, asking is this too much? Is this going to offend someone? Are readers going to misjudge me?

And, yes, it happens. Sometimes I’m misunderstood. While it’s hard, it’s not going to change the way I write.

I write characters with messy pasts. Some even have messy presents. I don’t shy away from the details while also making efforts to be tasteful. Because this is real life. Like Jesus told the Pharisees, he didn’t come to save the righteous. They didn’t need him. He came to save the sinful. That’s what my stories are about at their very essence: redemption. Saved from sin. Oh, yes, I twine this with a beautiful, moving love story and plenty of tantalizing kisses, but I can’t take Jesus out of my books. It would render the story massively incomplete.

Some of my characters have had major sexual mess-ups in their past. Some are plagued by negligent choices. Some can never quite believe in the reality of God even though they claim to be Christian. Some have…hurt others. Emotionally. Even physically. *Gasp* I’m struggling right now with my main male character in The Promise of Picnics. He’s a pastor now, but in the past, he was violent. Violent, people! And I wonder, can my readers forgive him? I know God can…but can YOU?

In my book A New Shade of Paint, my main character’s father is not a nice man. I made him so intentionally to show how difficult it is for Shannon to forgive him. And I’ve been criticized for not calling him out as abusive. That is, apparently, a deal-breaker for some. That I have an abusive character, I don’t label it, and my main character has the audacity to forgive someone who has abused her.

This makes me sad. Is abuse okay? Is violence okay? No, absolutely never. But neither is cherishing a spirit of unforgiveness against those whose sins seem the grossest to us. Neither is wanting someone who has hurt another to be cut off, to be hurt because they “deserve it.” That story I wrote is specifically about forgiveness—when it is unwarranted. Undeserved. Unnatural.

The way God forgives us.

(Oh, and that abusive character? He changes. Completely. He sees his need to change and that God can forgive him—because his daughter forgave him. And I guess that’s not what people want. They want him to…suffer. Ick.)

I’ve noticed a movement of late that deeply concerns me, especially among Christians. We have developed two classes of sins: acceptable sins and unacceptable sins. Which sins fall into which category may vary by person, but whoever falls into the unacceptable category—they’re done. FOREVER. The attitude is pretty much they should burn in hell for what they did. Did they kill someone? Did they rape someone? Wait, can a person be forgiven for rape??? Can a person be forgiven for abuse? For racism and discrimination? The list could go on. Think of anything that can get a person “canceled” in today’s society. Are these forgivable wrongs?

YES. The Bible makes it clear there is one and only one sin that is unforgivable, and this is the rejection of the Holy Spirit. Deciding once and for all not to be a follower of Christ. ANY OTHER SIN *IF CONFESSED* IS FORGIVABLE by God. And if God will forgive it, who are we, lowly sinful humans, to say it’s not forgivable to us?

The thing that destroys me about cancel culture is that no man can truly cancel another. Only God can cancel us—and He doesn’t. Because He is our creator, and even the ones who mess up in the very worst of ways, breaking God’s heart in the process, are His creation—and He loves them.

When Jesus died on the cross, He took the sin of all humanity upon Himself—even the vilest sin you can think of. And when He rose again on the third day, He conquered those sins, freely offering forgiveness and eternity to anyone who confesses and forsakes their sin—no matter what it was.

And that is why I write what I write.

I challenge you to ask God to give you a spirit of forgiveness and to instill in you His eyes to see others the way He does—as broken people with all the potential to be made perfectly whole in Him.

One thought on “A Spirit of Forgiveness” 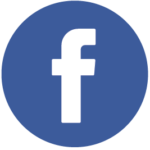 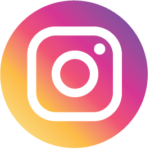